Actually I wanted to Le Volume Mascara Chanel not reviewing. There is now so much written about by real beauty bloggers giving my opinion would be superfluous, but I suddenly realized that I have something different to other reviews. I have actually bought the waterproof version. I will be in my review not very deep into the mascara composition, because there are other bloggers much better, but I'm actually the complete reviews. 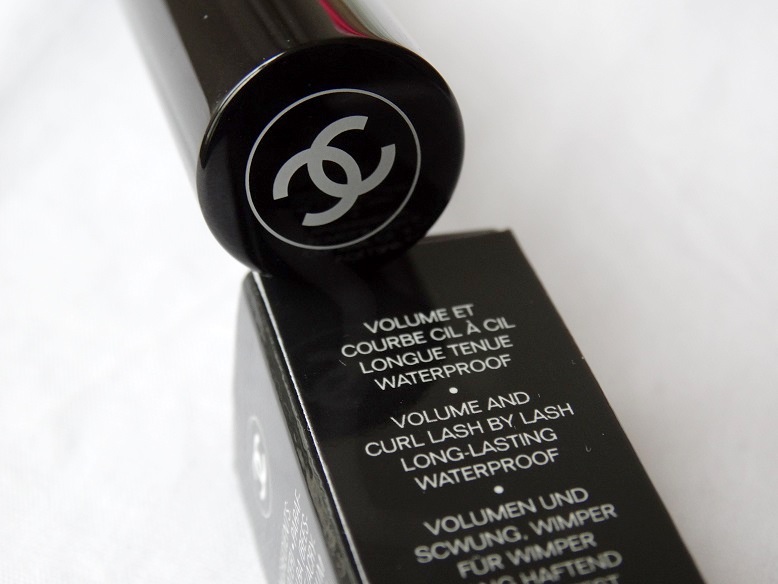 Le Volume Chanel is known for the mascara creates volume and a nice curl. Since everyone was talking about it, I wanted to try out. My net new Clinique (I have not even posted the review) what gestolen, So I had to buy a new. At that time the Ici Paris Xl had 40% off action so I thought it was a good time to buy the beautiful mascara. I chose the black waterproof version because I have sensitive eyes unwise and very much tear. Now I had heard that the normal version also was against a drop of water, but I went for security. In addition, it seemed more convenient with a view to the summer. 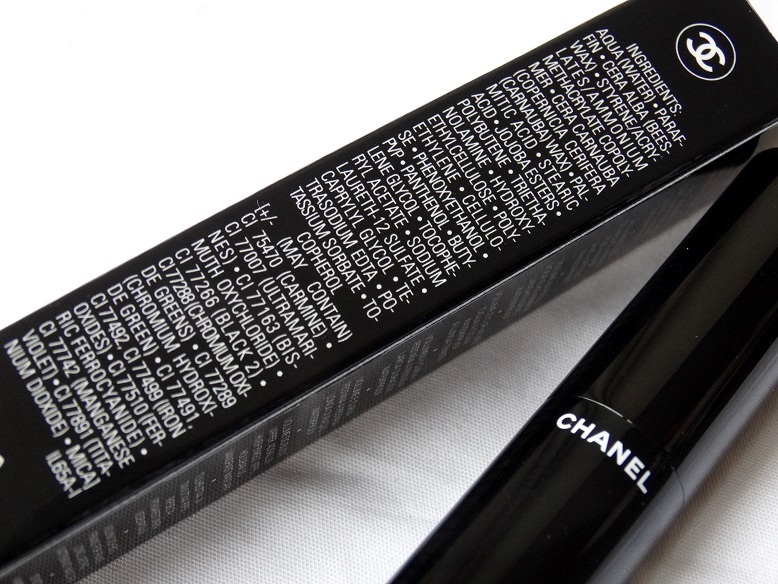 On the packaging, I do not have much to say, It's just super nice. Tight and little fuss, I like that of. The brush consists of closely spaced and angled slices. It separates the lashes nicely. 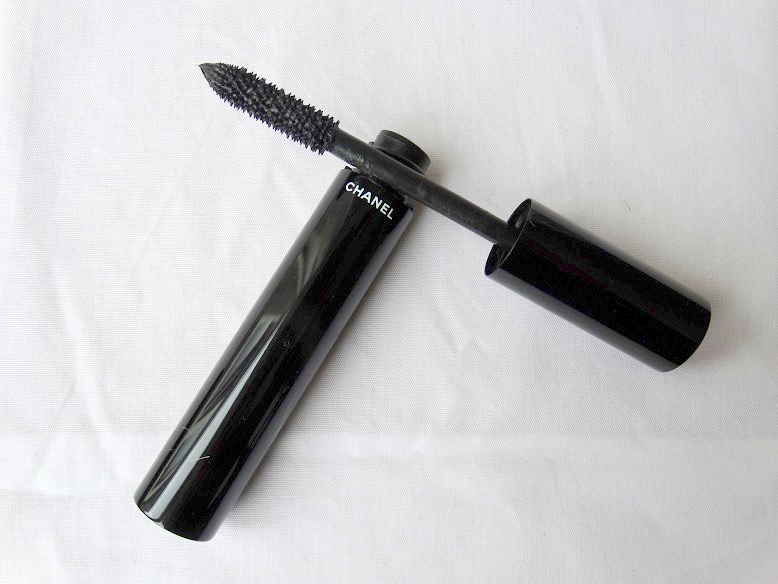 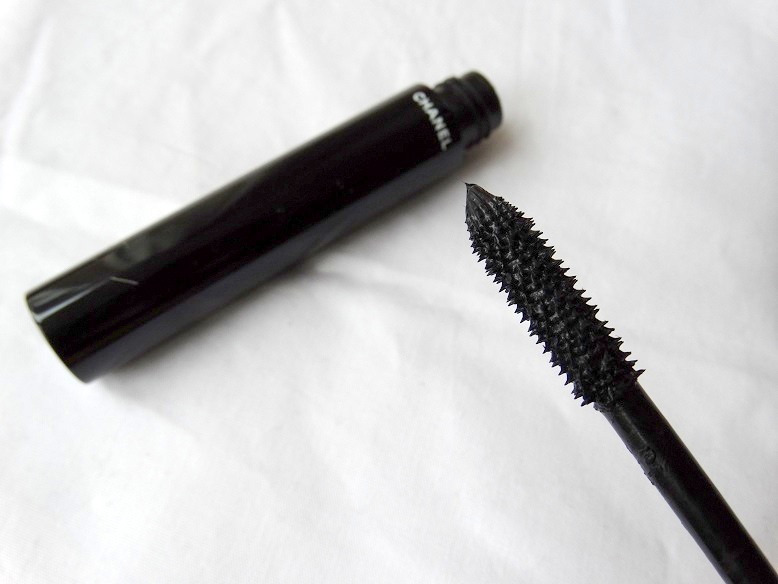 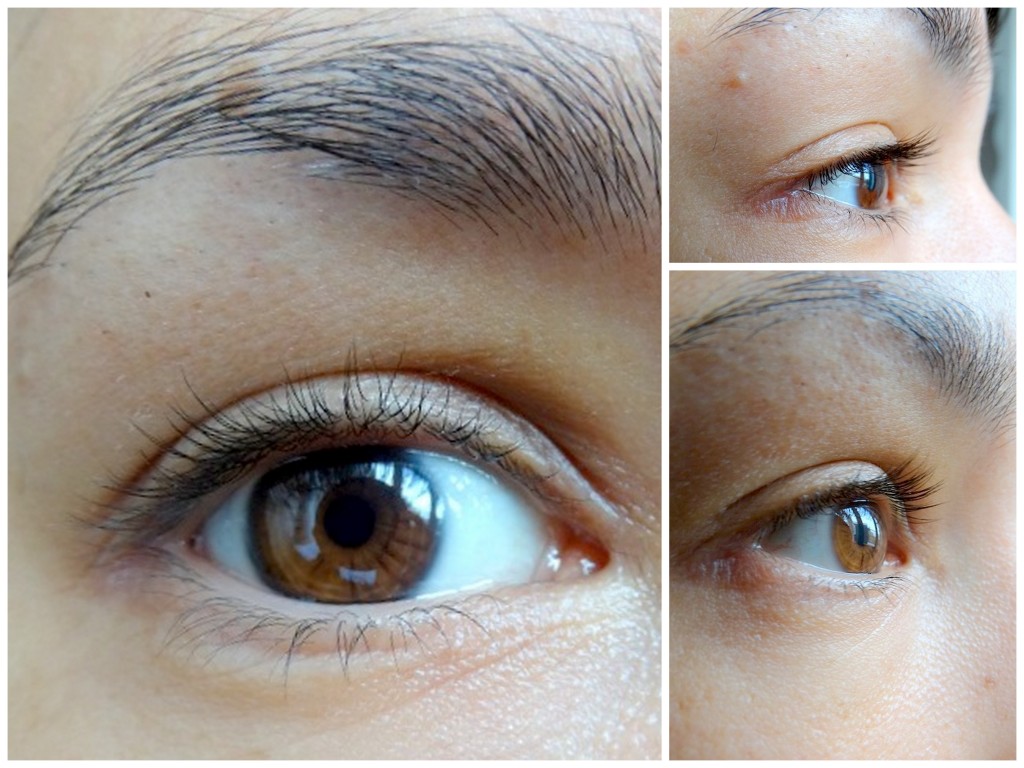 This is how my eyelash look without mascara. They are fairly straight and average in length. In the picture below you can see my lashes with a layer of Le Volume Mascara. I find one low enough mascara, otherwise you get spider legs. 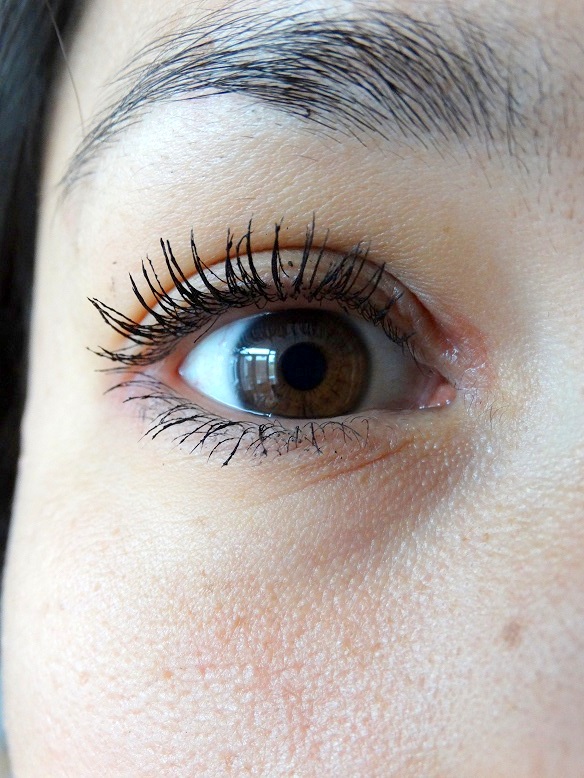 My lashes appear nearly doubled in length, and it also gives a lot of super curl. You mostly see the one inside of my lashes. Eyelashes eyes now all equally long. I have not used wimperkrultang.

For me, now follows the real test, How long will it so sit, my eyes itch and it really is waterproof? I can say that it remains reasonably long as. I've slept with a night to see what it did, but the next day it is not pretty. The High Impact Mascara Clinique is the next day though still beautiful. In itself it does not survive night, because it is much better to clean the face before bedtime. 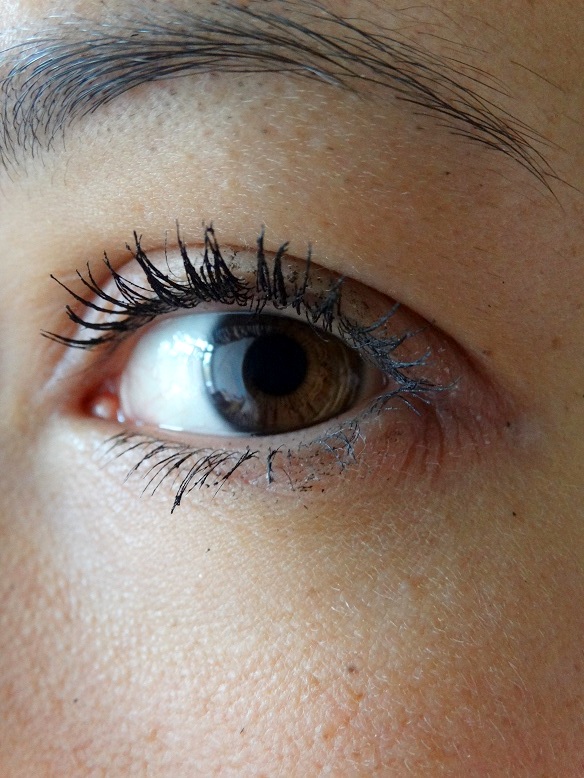 As you can see the mascara sticking after one night and it was slumped slightly, but I still see a lot of volume. My eyes itch quite out of, very fine! Until now, I am very pleased with the mascara. It disappears at least not undesirable my eyelashes and sinks barely.

I have quality waterproof tested in two ways. I'm going to exercise, and I've showered with. 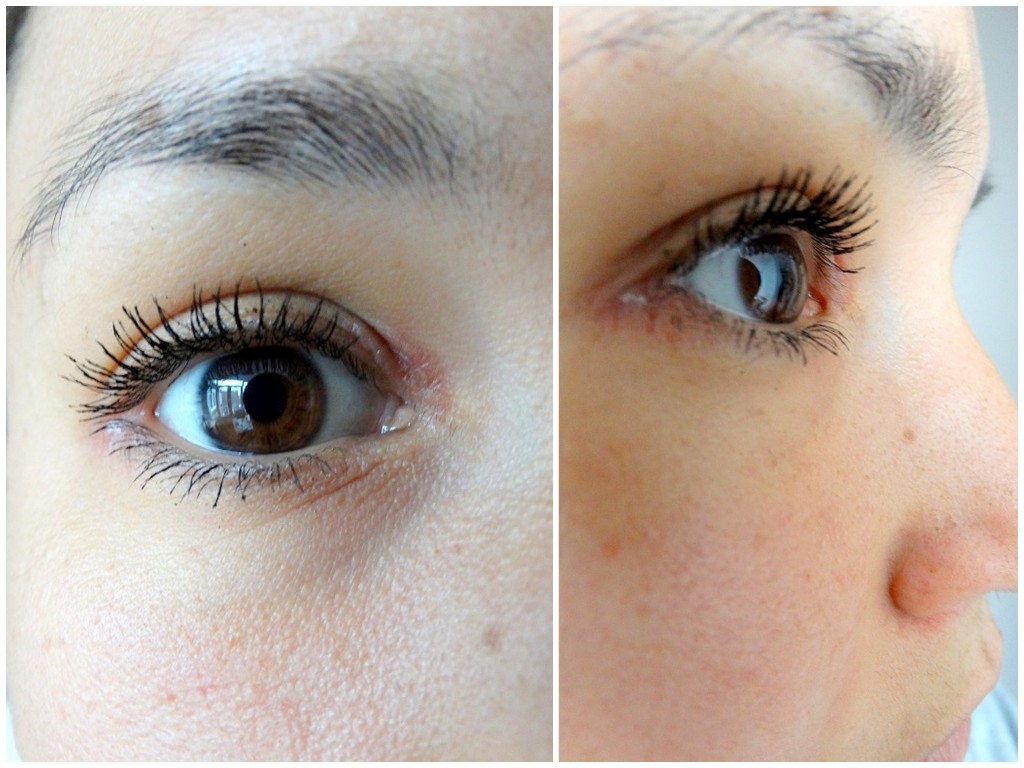 I sweat a lot during exercise (quite logically with bootcamp / insanty trainig), The sweat rolled down my face, but the mascara was left in place. Even the curl! Jeuj! And, sport waterproof test survived Le Volume without a fight, naked shower test nog. 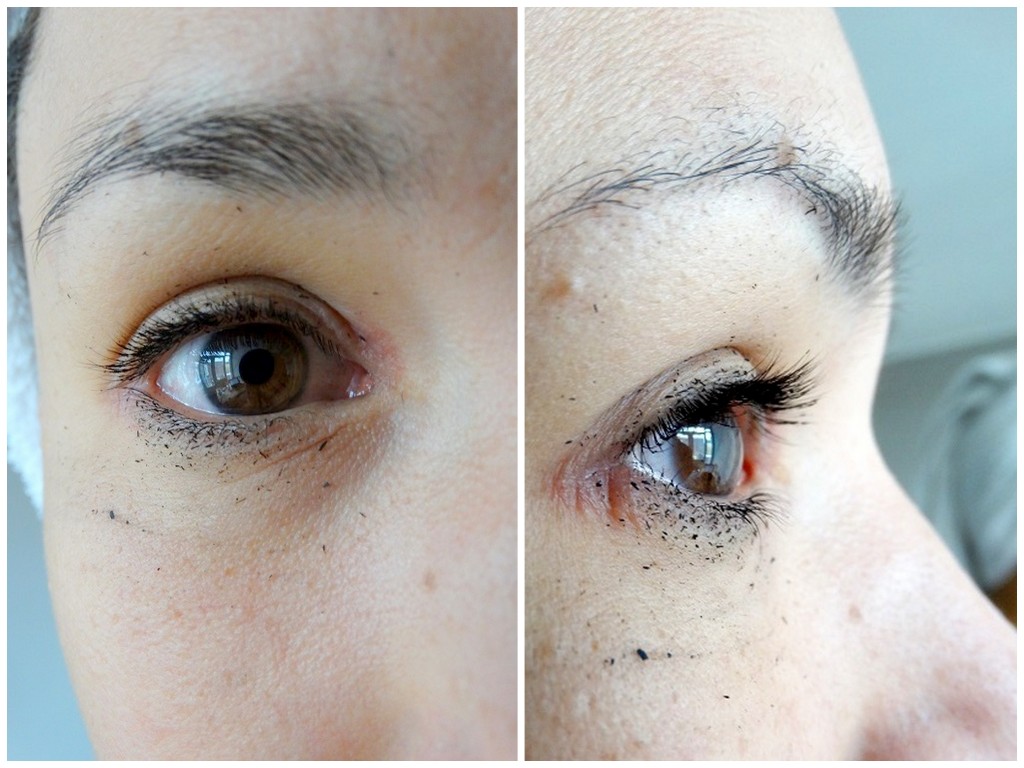 Unfortunately, Here Le Volume scores no points with. Almost all of my lashes mascara is gone. I certainly would not take a dip in the pool with Le Volume mascara on my eyelashes. I frankly do not mind, I do not expect a mascara. It's been super nice that it sports a morning and afternoon survived tear! After showering, I made an eye look with Le Volume. I also used the W7 In The Buff eyeshadow palette 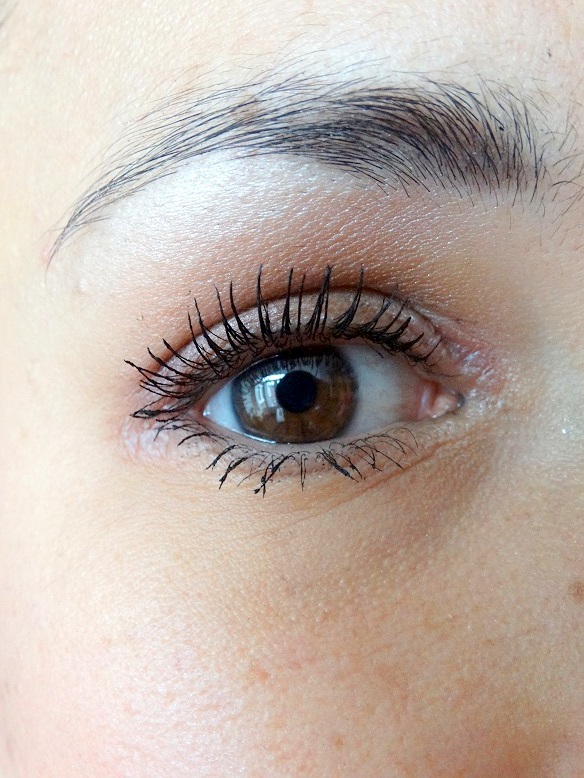 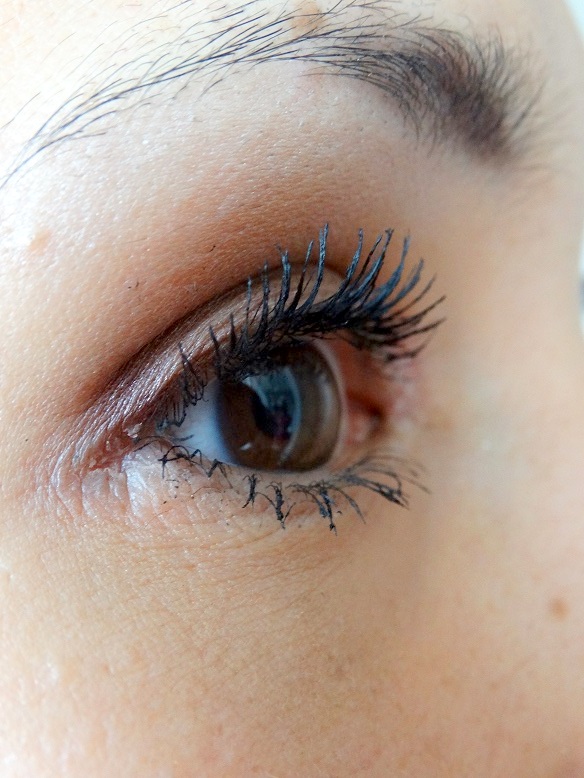 And, I am very pleased with the Le Volume Mascara Chanel. I'm glad I bought it during the action. Though I normally find it too expensive € 31.50. Especially since I use the mascara Clinque a type similar effect Achieve, and who are still back € 10 euros cheaper. If it had survived the shower test, it would have been a different story. Usually when removing waterproof mascara disaster, but with my Balea face water I get it without any problems.

I have the effect of mascara in a row put in the picture below. 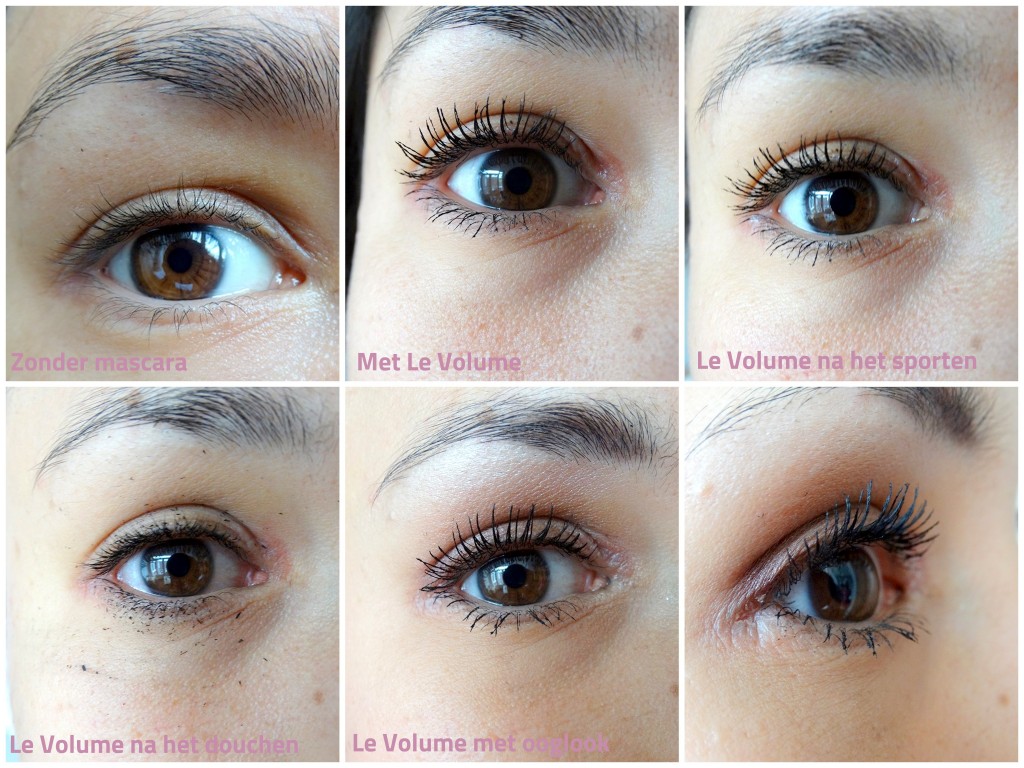 ♥ What is your favorite mascara?

Nice that you read my blog! I think it's definitely fun and useful if you leave a comment in the comments. Who knows, I still learn something from you! Do you follow me even through my social media channels for more lovely things? 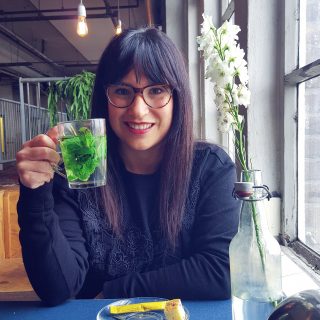 Nice that you will visit All Lovely Things! I try to make the most of my limited life. How do I do that, there goes my blog. Hopefully I can inspire you with this to enjoy life too, also the little things!
Do What You Love, Love What You Do!

To read more about All Lovely Things or about me, click on About Me.

Find happiness right where you are - Moana 🧚‍

Nothing soothes the soul like a walk on the beach